Welcome, everyone, to the project update where we pretend like nothing is wrong and we have everything under control. It might even be true. Ask your local politician/disease control chairman, I'm sure they'll vouch for us.

So... China has been pretty much shut down since late January and not much manufacturing has been happening. Over the last couple weeks most factories we work with have opened again. Generally they are operating at partial capacity since a lot of people are still stuck at home.

Some people we work directly with are also still stuck at home. They've been trapped with their family for like 6+ weeks now. They tend to be... grumpy. So you folks out there in the rest of the world have that to look forward to (or not... I mean, we do have everything under control, for some values of we, everything, and control). Maybe soon, while everyone is locked at home watching the world end we can send you a new gadget to play with.

Or not. To the few of you who sent panicked emails to us after the last update asking us to desist from shipping you any phones, bats, or pangolins for the foreseeable future: We will endeavor to not let you down, whatever your preferences may be for disease-laden packages. 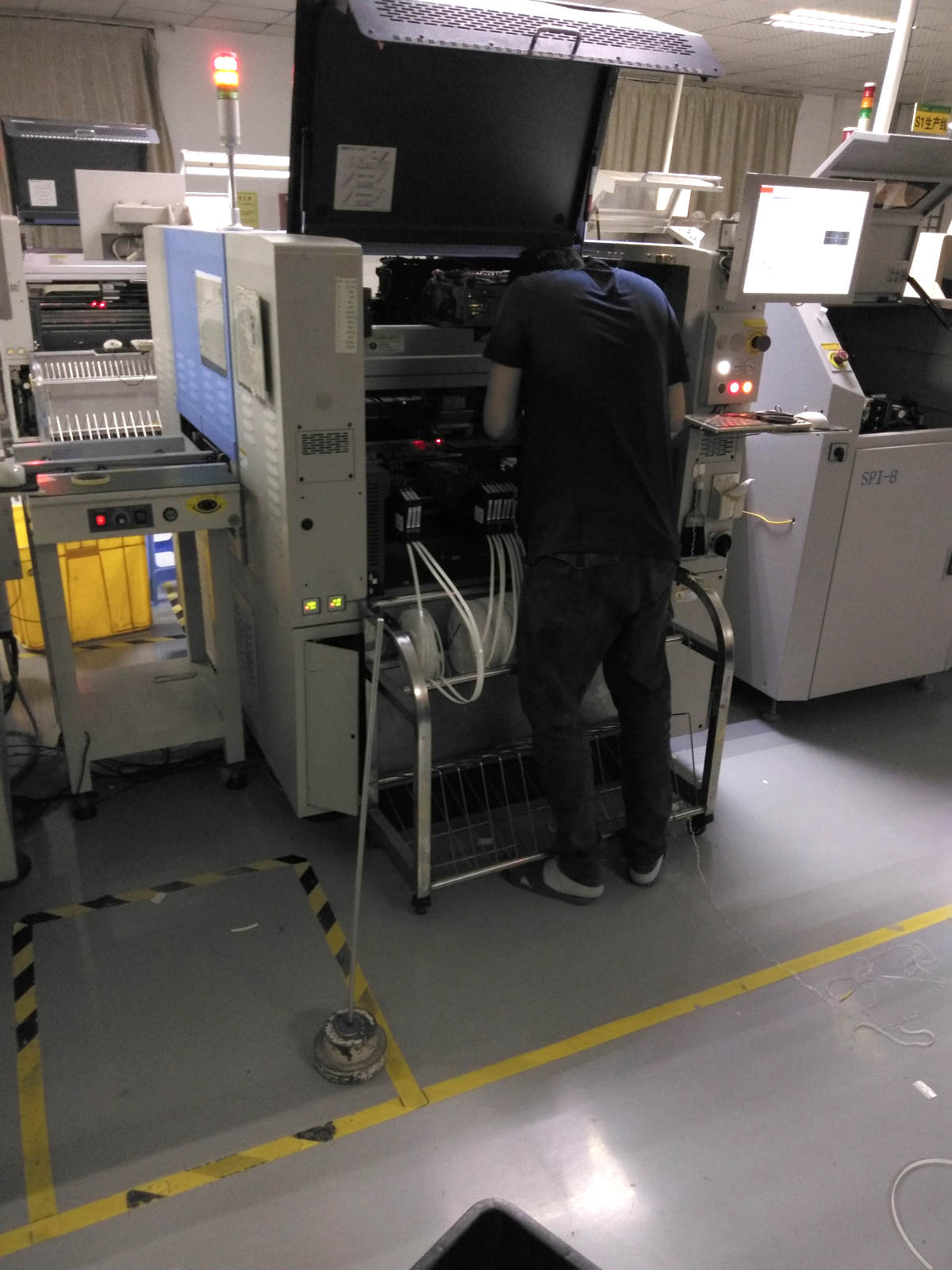 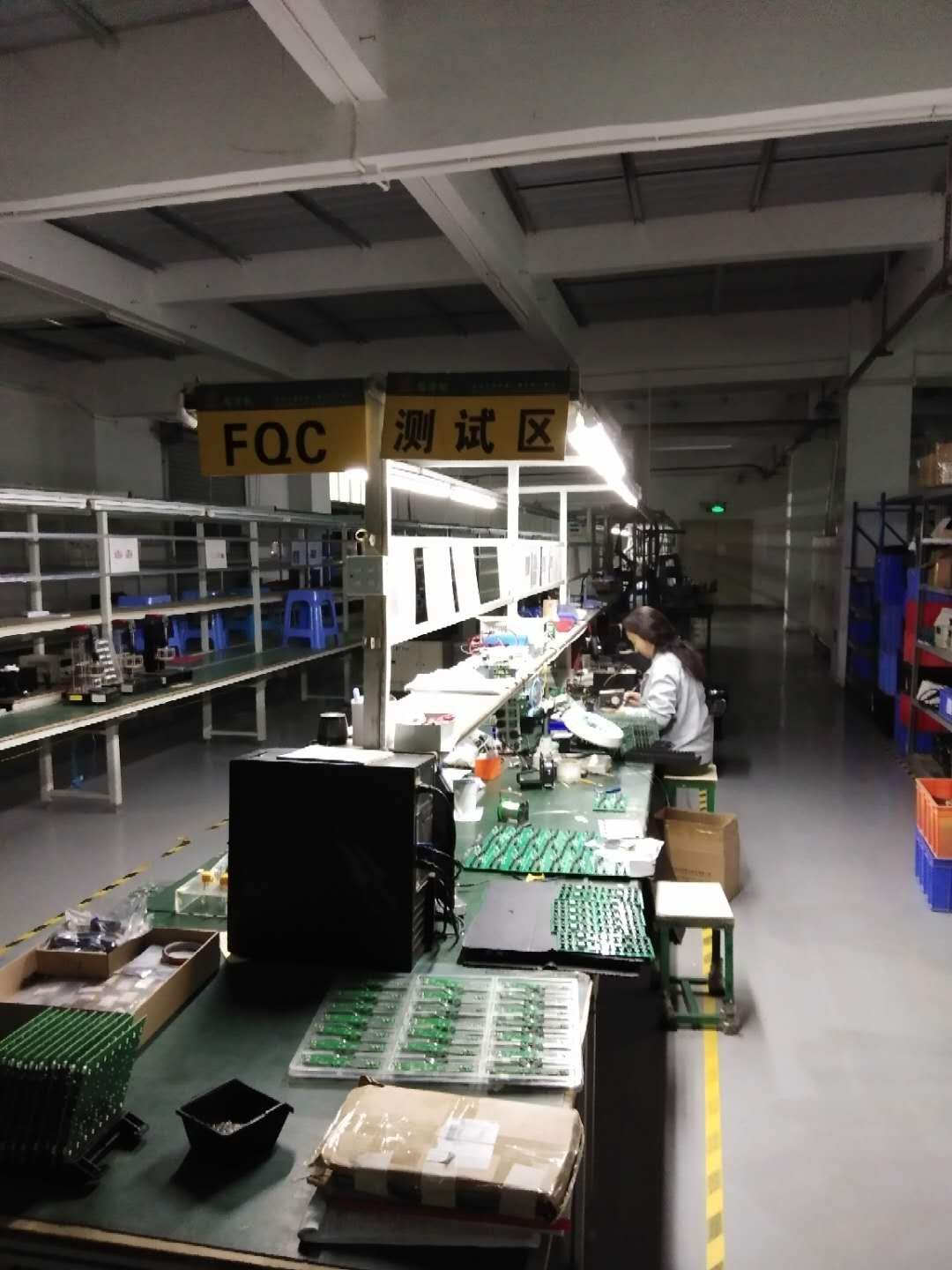 As you can see, there aren't many workers in the PCB assembly factory right now. 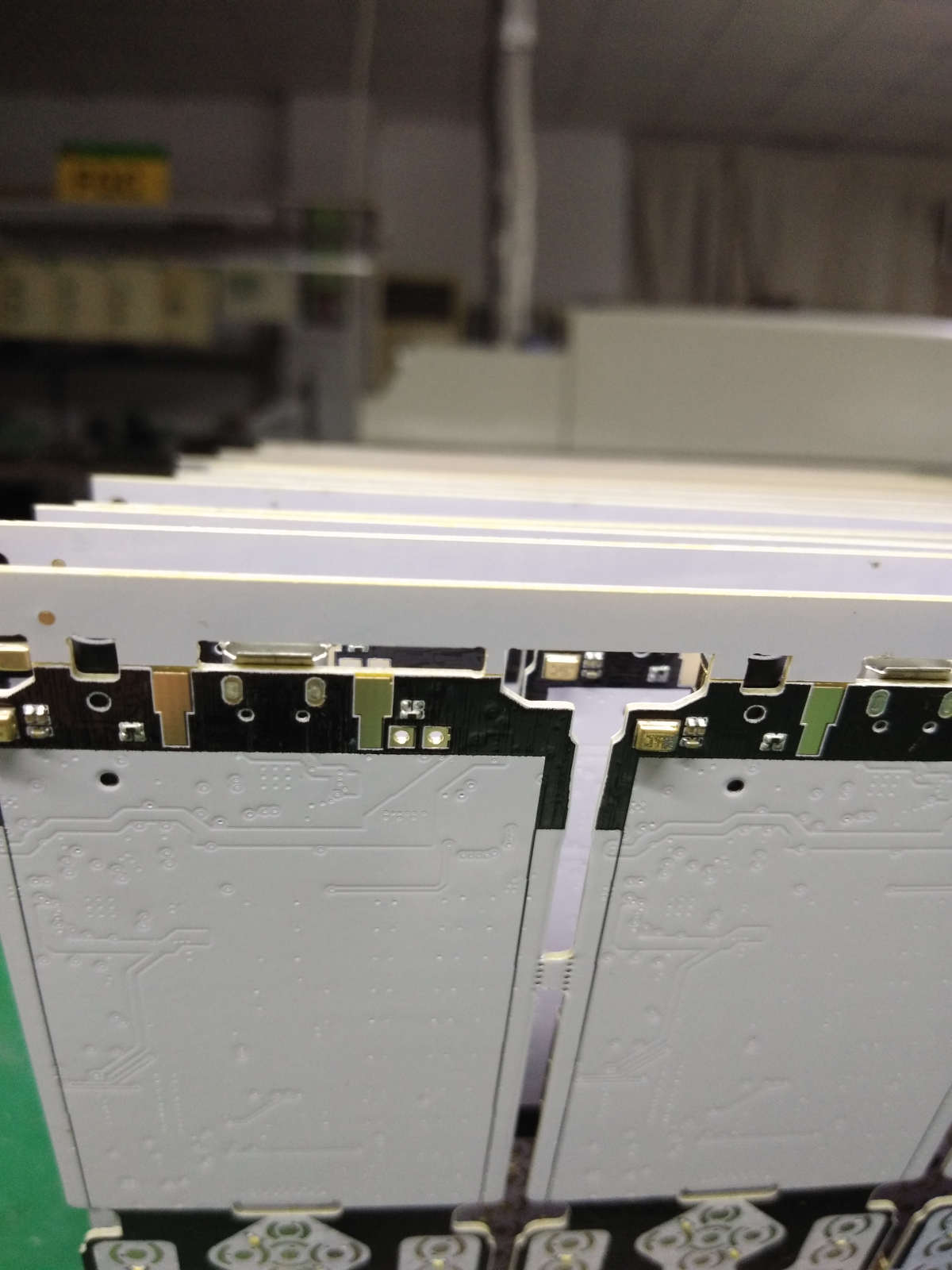 But we did finally receive the 100 PCBAs we started way back before the Chinese New Year.

They are currently going through QC. For some reason (probably related to the board house ignoring our design files and doing whatever they pleased) about 3/4 of the microphone holes are full of soldermask, so now we get to take all the mics off and drill the holes out to clean them. Add one more item to the pre-surface mount process checklist. 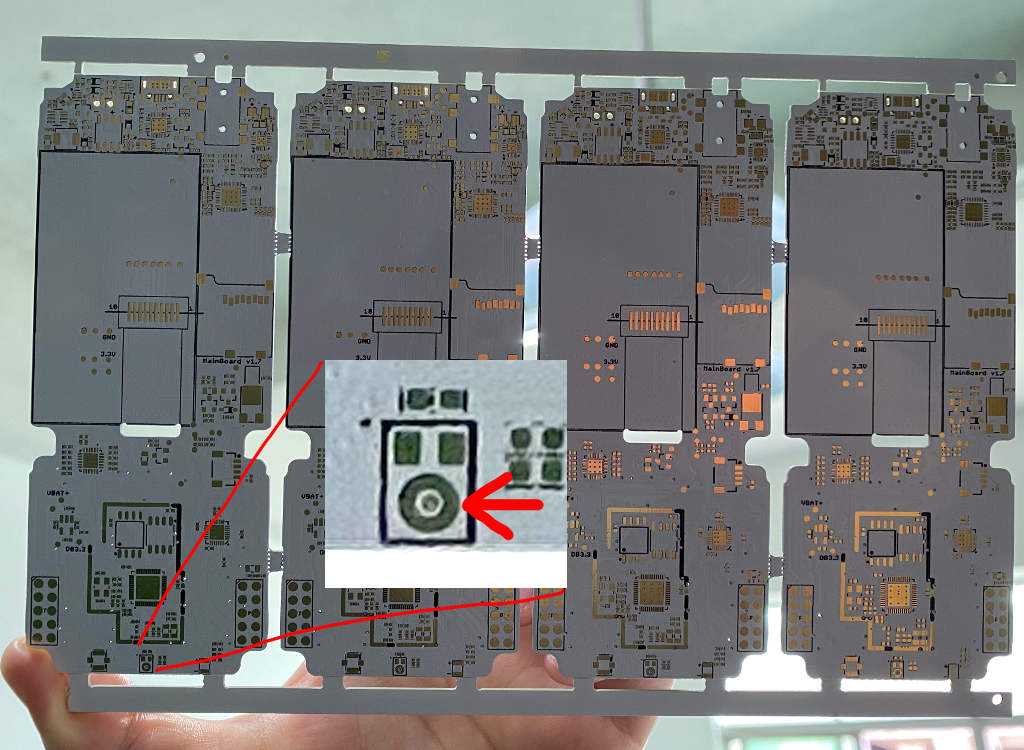 We also changed the board color yet again. This is because it's easier to buy white+black boards with good lead times, and it still keeps the visible areas black.

Added a grill in the back cover for the loudspeaker. A sample is on the way to let us confirm it's beefy enough. If it feels good we'll have enough made for all the phones, plus re-make the first batch of back covers. 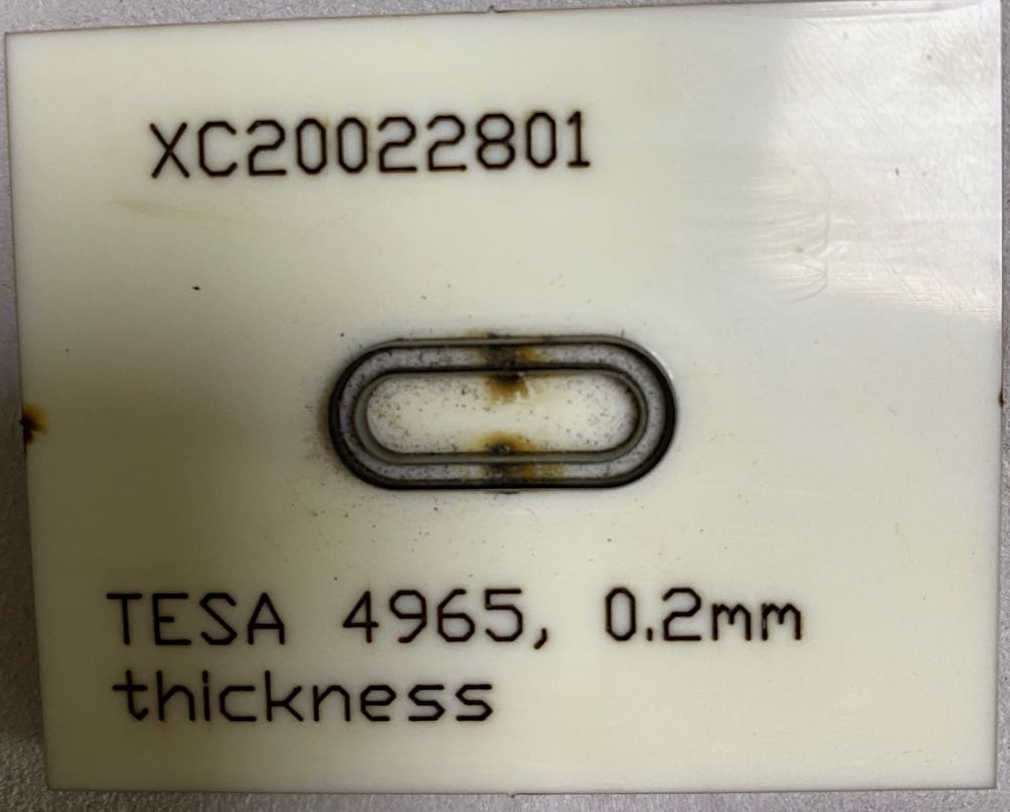 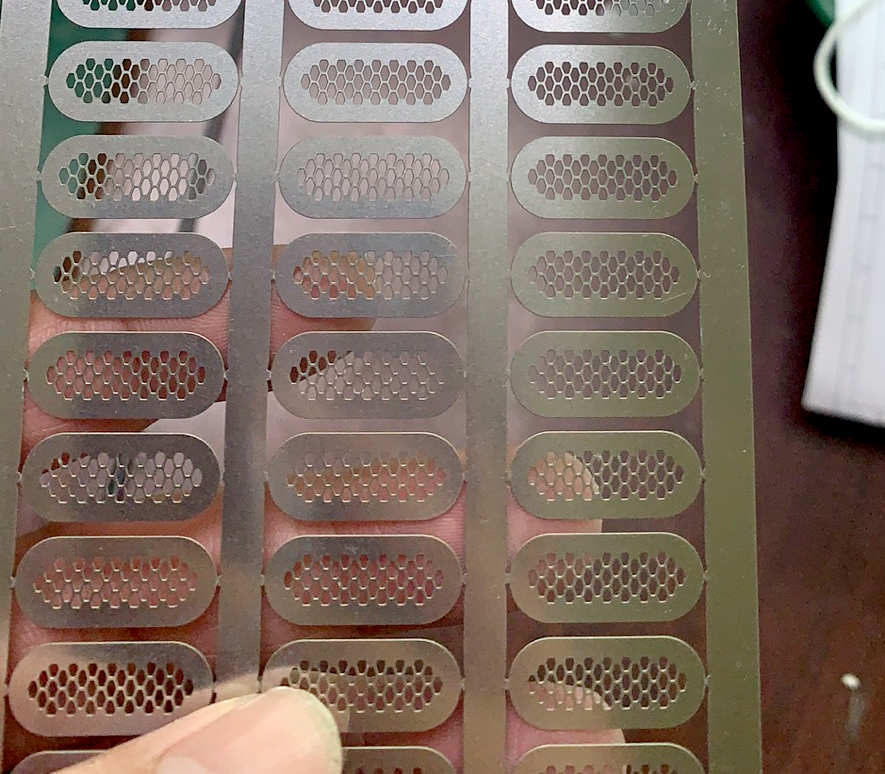 The 100 circuit boards have been assembled. We need frames now. We didn't start the frames yet because we've only done smaller batches so far and wanted to see how consistent the connector locations would be. That way the holes in the frame can be adjusted to fit the connectors as closely as they can.

Also learned that our headphone jacks aren't always flat. Those will be weeded/repaired out so that the final assembled position is consistent.

That's all for now. I'm currently hanging out in the Philippines waiting for the situation in China to clear up, checking samples via DHL shipments, and learning new swear words to properly describe the internet quality around here. The fresh fish is good, though. Not sure where I'll be a week from now as it seems someone in Manila let the cat out of the bag a few days ago and we all know how nice exponential curves are.

Until next time! Do what you have to do to keep your old people safe and enjoy life as much as you can.

Summary for those of you who do not speak English as a first language, or just want the facts: