Hello from a very hot and sweaty Shenzhen, China! 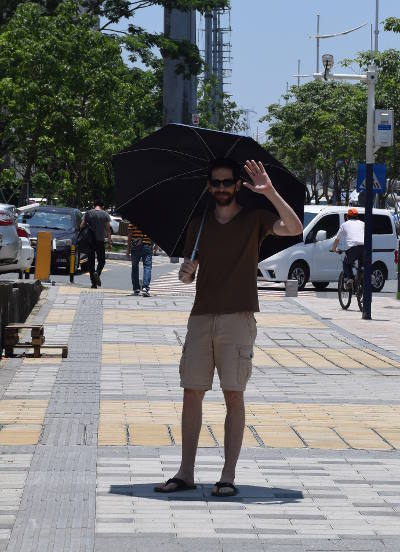 Chase Bank locked us out of our account. I'm currently in China and we can't pay any vendors or really do much anything until this is resolved. I have about $500 USD cash equivalent in my pocket.

Short version: Was on the phone with Chase all last night and I could never reach someone who has the ability and willingness to solve the problem (unlock the account). I did explain that it was urgent to fix, but other than suggestions to abandon the project and travel half way around the world on my own dime, no one had anything to offer to actually fix things. The issue has been unfolding over a few days and they seem completely uninterested in actually solving it. So the only thing I can think of is escalating to social media and try to shame them into acting.

I'm hoping with the help of some bad press and a few internet pitchforks we can reach an executive higher up in the Chase structure. Get them to at least simulate a conscience long enough to unlock the account before the ~$500 USD equivalent in cash I have on me runs out. To be clear: I'm in no danger of starving, but the project is at a complete standstill until this gets resolved. So to everyone out there who has a bit of free time and doesn't mind calling out incompetence, please dust off those pitchforks and help spread the word (posts on social media seem to be pretty effective at this sort of thing) that Chase bank isn't capable of responding to serious issues in a timely and competent manner. The more of a stink we can raise the quicker this can be resolved and I can get back to yelling at keypad vendors.

We have a twitter account, though to be honest I'm still not sure exactly how twitter works. I've tweeted this to Chase support. Hopefully those of you on twitter who understand the platform better than I do can share it enough (retweet?) that they actually have to resolve the problem. Facebook shares or anything else that gets the issue out in front of people would probably help as well.

Thanks in advance for your help!

Ramon Scheppers over at 8 bits of bun posted a review of one of the test units:
https://8bit-bun.nl/?Projects_%20_Supporting_%20_Wiphone