Our prototype keypad mold arrived and we made some test parts, and also learned a few things about handling silicone.

Some pics of the mold:

This mold is a very simple clamshell type that's only going to be used for manual testing. We just want to figure out if the keypad geometry is correct before moving to a production mold, and also get a few parts to use in the latest batch of testing phones. We will fill it by hand using a syringe.

Views of the inner surfaces. One side for the buttons, and the other side makes the inner features, inlucing the little pips that push the dome contacts and close the electrical circuit. 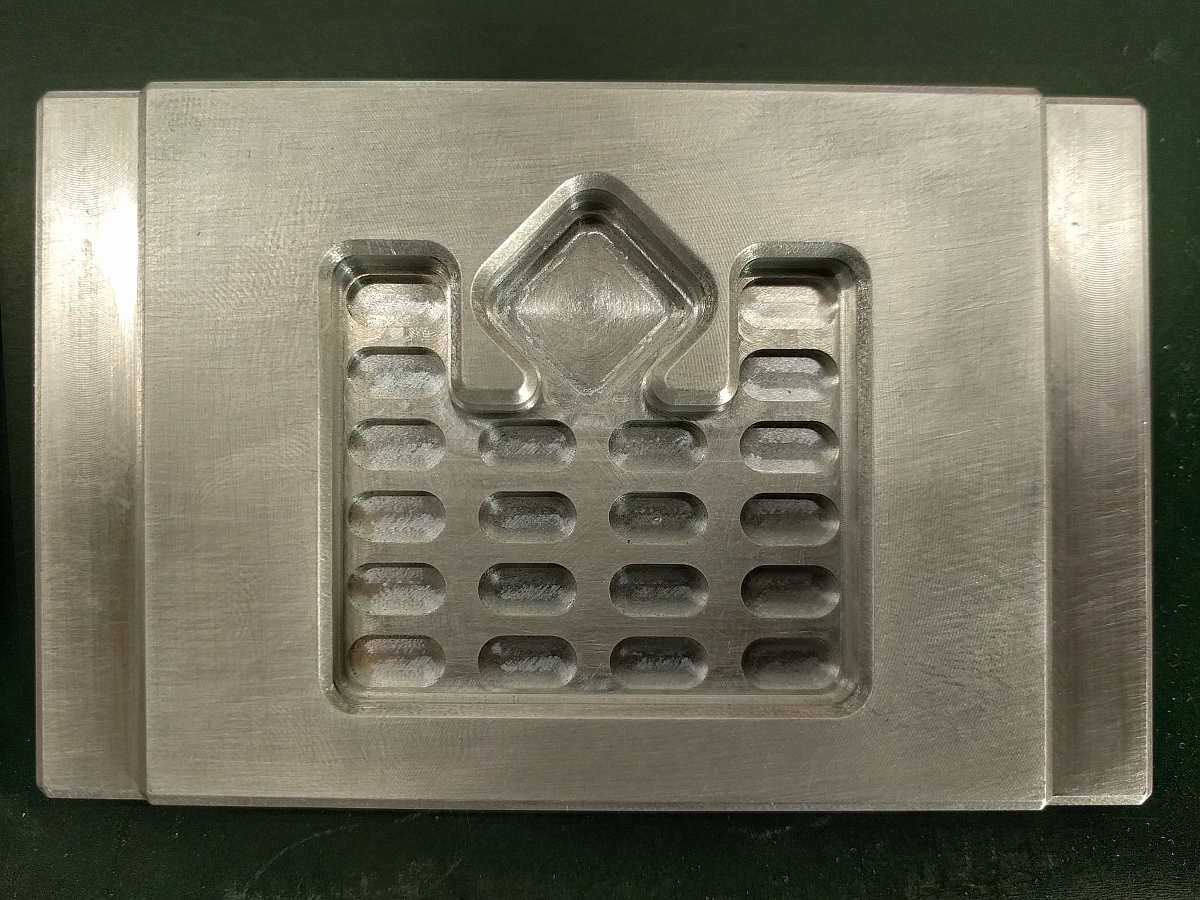 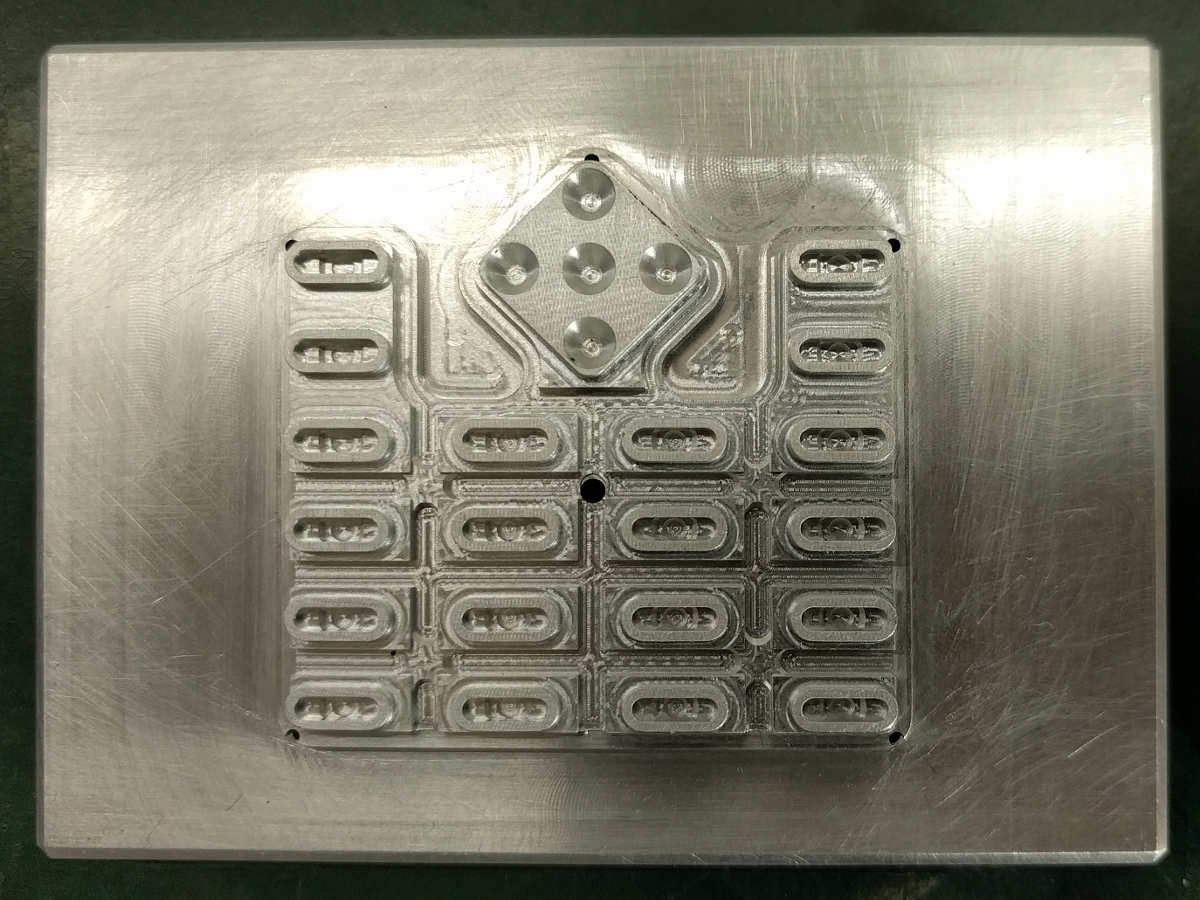 We also had some silicone compatible dye on hand, so later pours were tinted blue. The keypad will probably be black in production, but we didn't have any black dye. 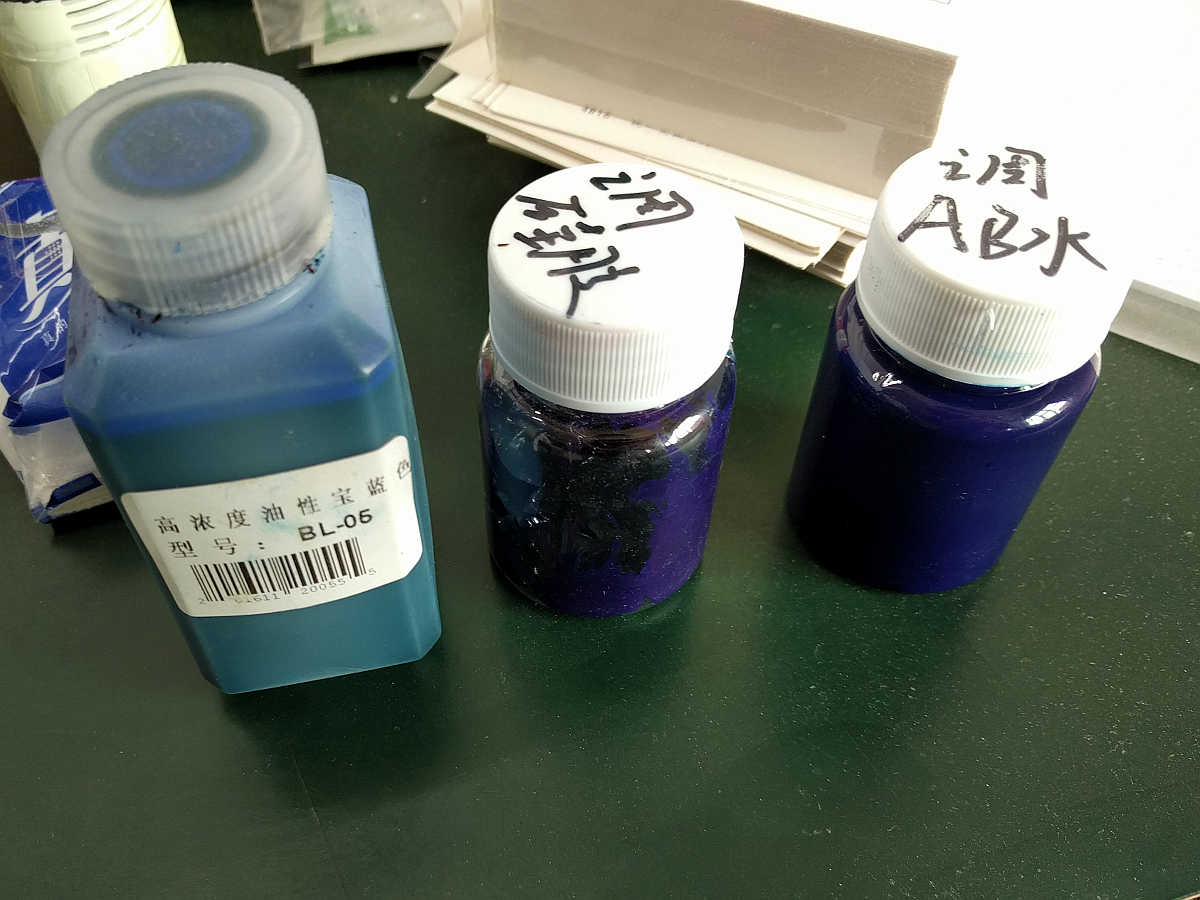 Before using the dye in a casting we made a few small test batches to make sure it would cure correctly. The supplier said it should work, but since we bought the dye and silicone from different places we wanted to test it first. 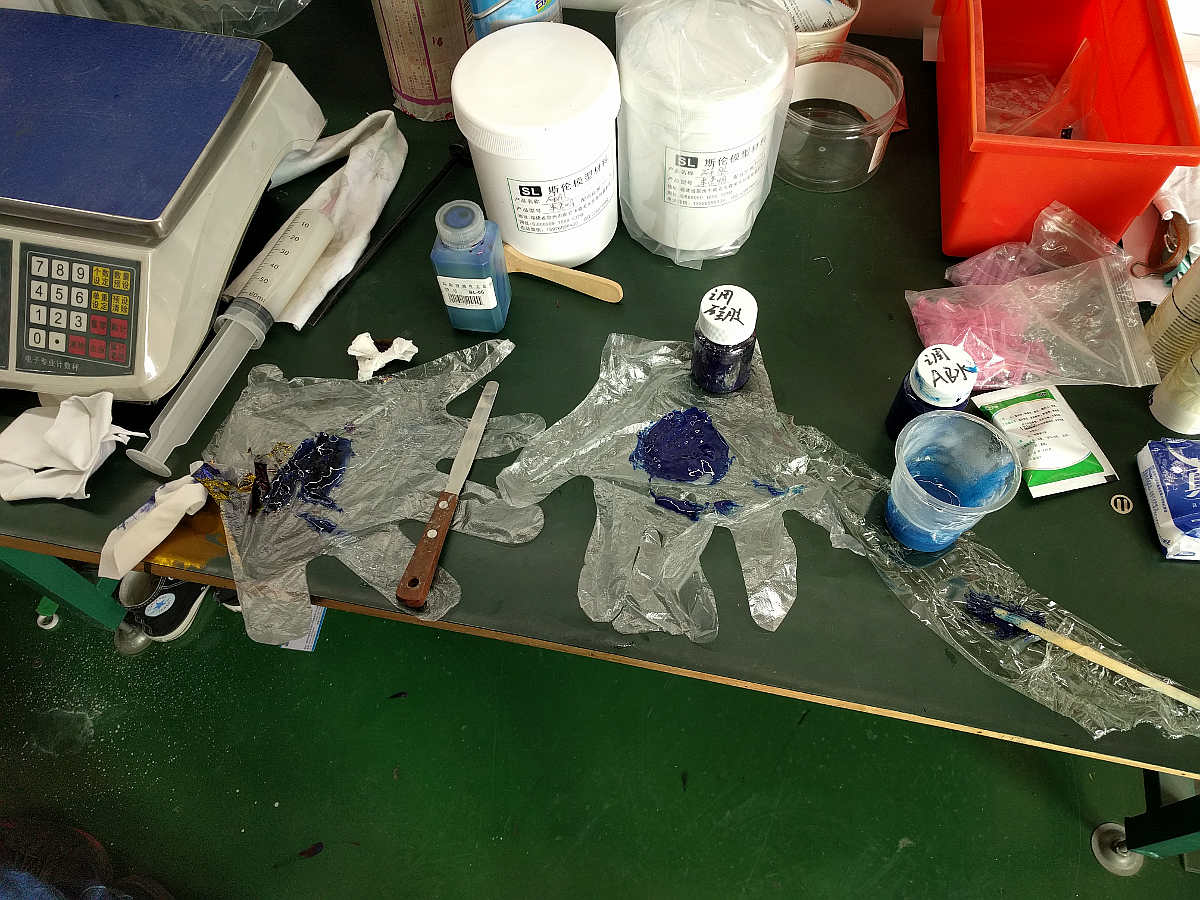 The silicone is a 2 part condensation cure type. The first rubber hardness we tried was Shore 50A, which turned out to be too soft.

We also learned a few tricks to make the process go smoother.

This particular mold has some critical features on both sides that form natural bubble traps. Button surfaces tend to trap air on the outside, and the pips that press the dome contacts trap air on the inside. So we have to be careful when filling to mold to eliminate bubbles. Since the silicone is thick and not prone to running, we could fill the bubble trap areas using the syringe before closing the mold and pouring the reminder through the main sprue. There were likely still a few bubbles caused by this method, but they all end up in areas we don't care about.

Another trick was to vaccum degas the syringe after loading it with silicone. It's almost impossible to mix silicone by hand without introducing bubbles, but the degas step pulls them back out. 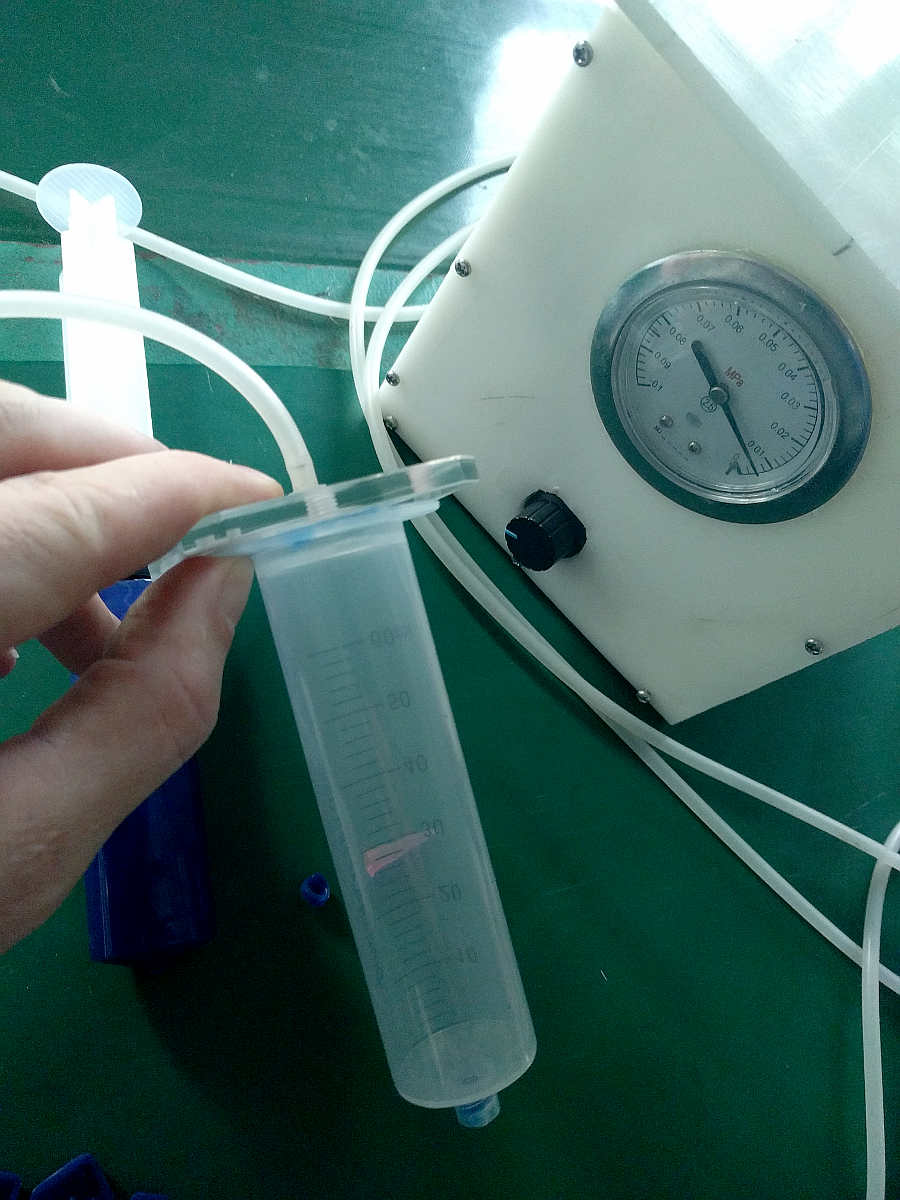 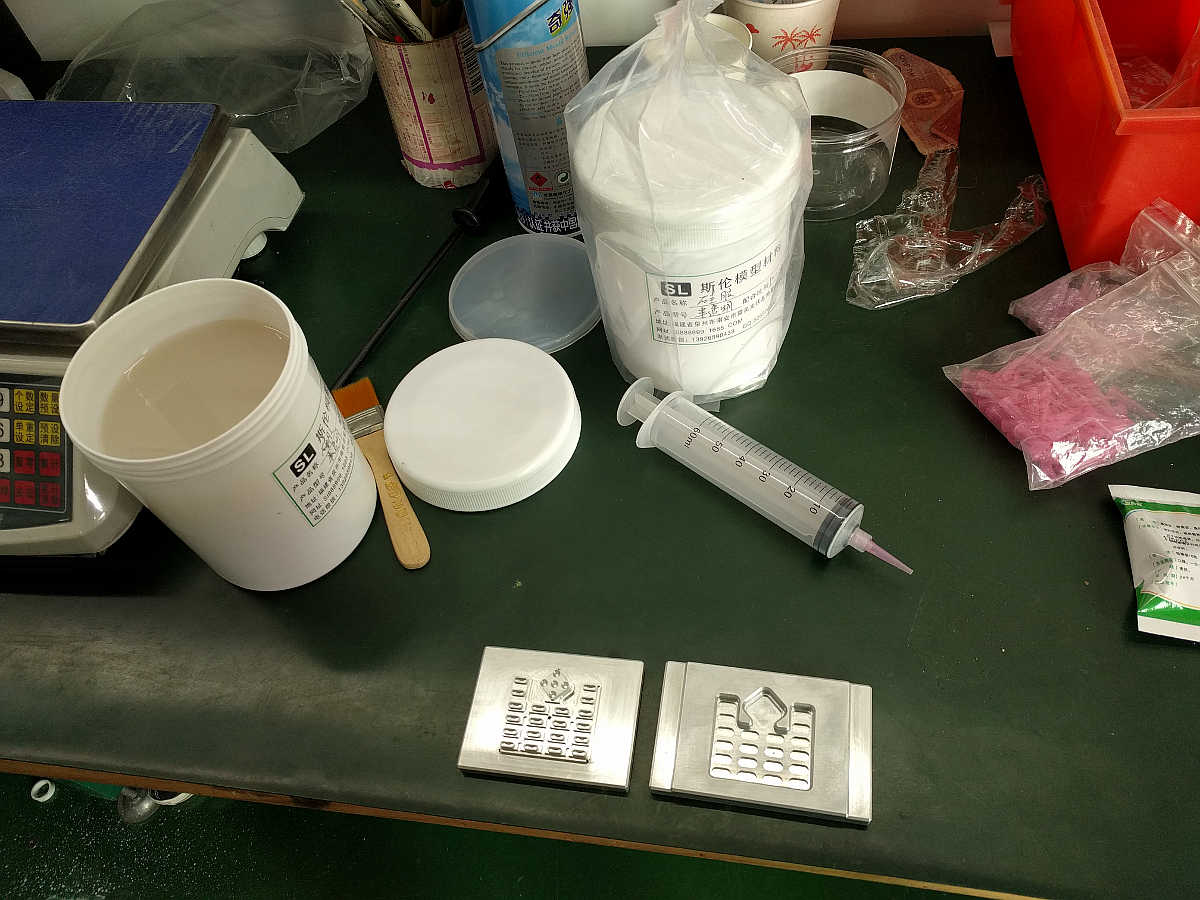 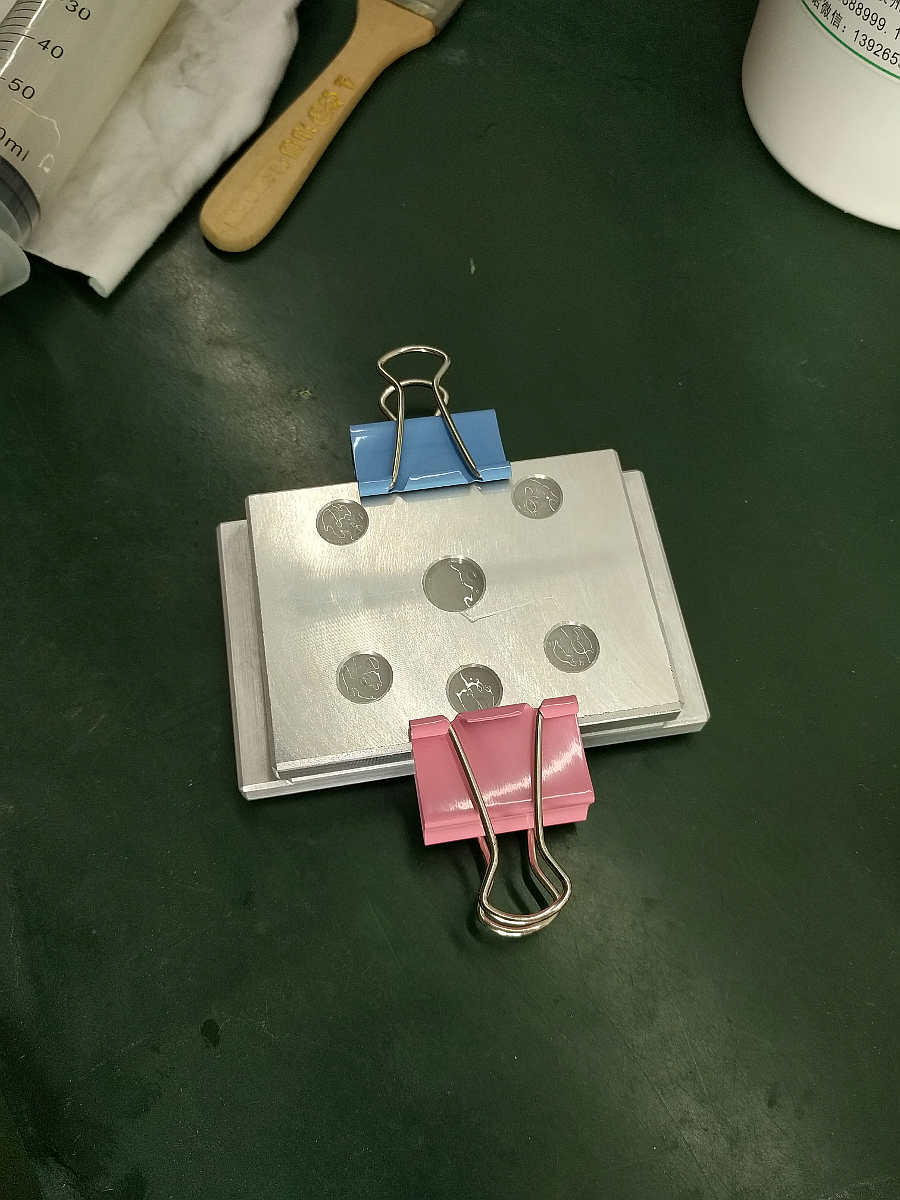 Some results:
This first one was not degassed. As you can see, there were lots of bubbles: 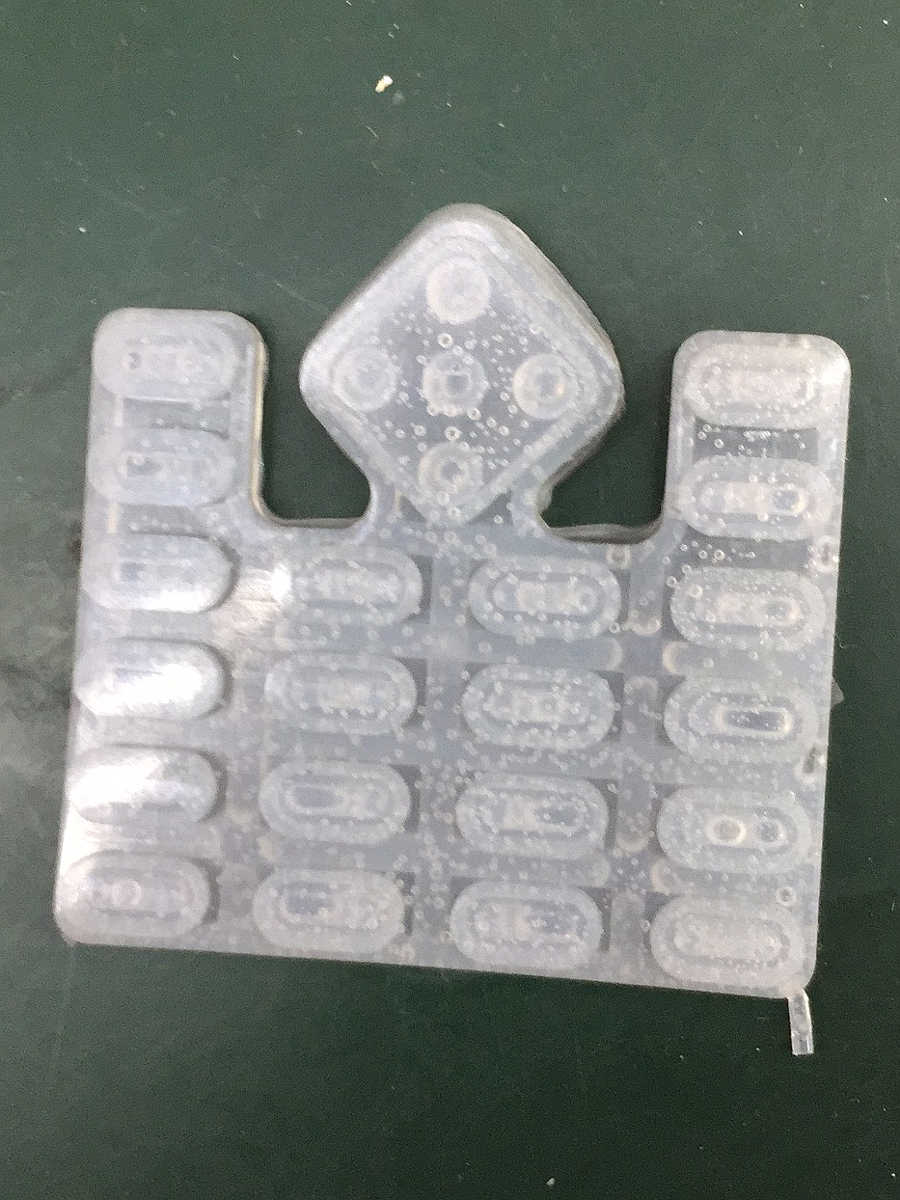 Next pour went better. We degassed, were careful to fill the critical areas of the mold, and used the blue dye we had tested earlier: 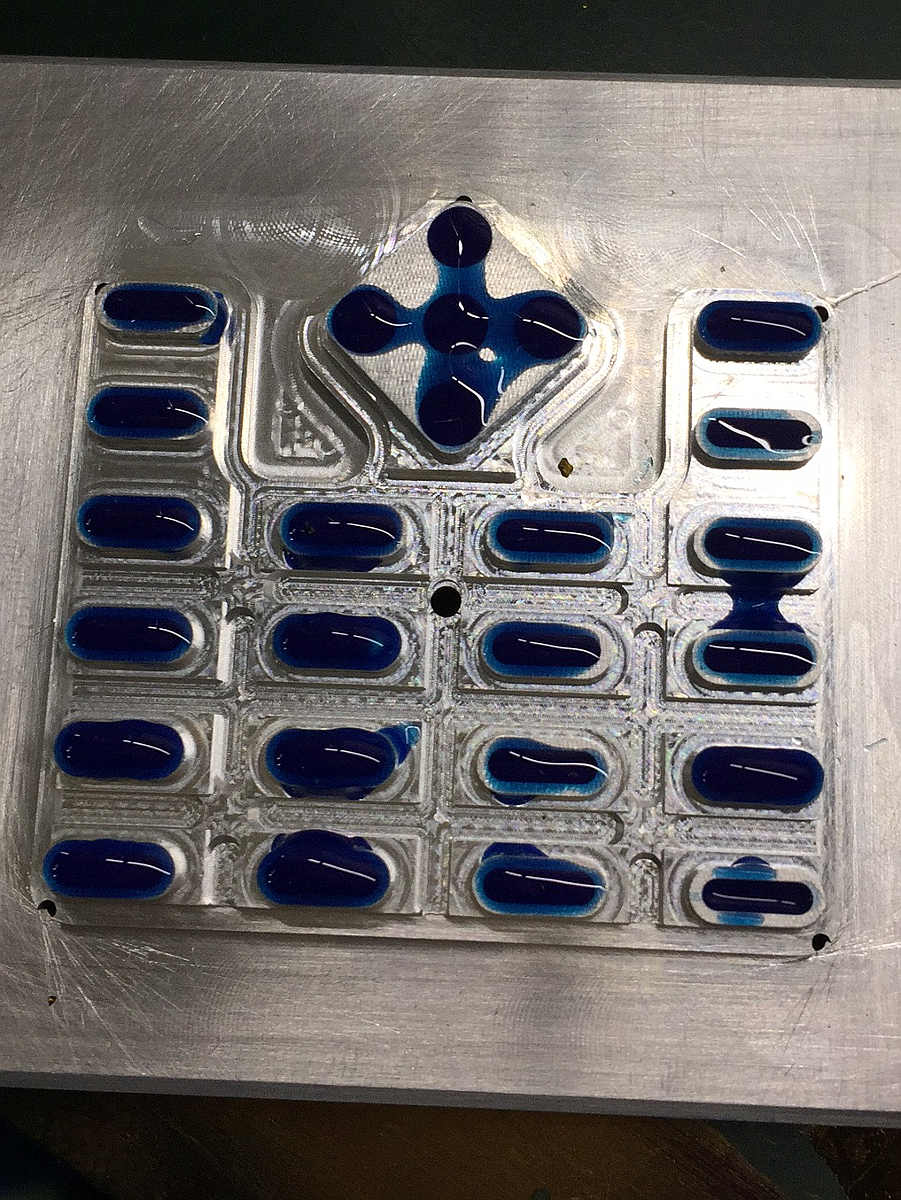 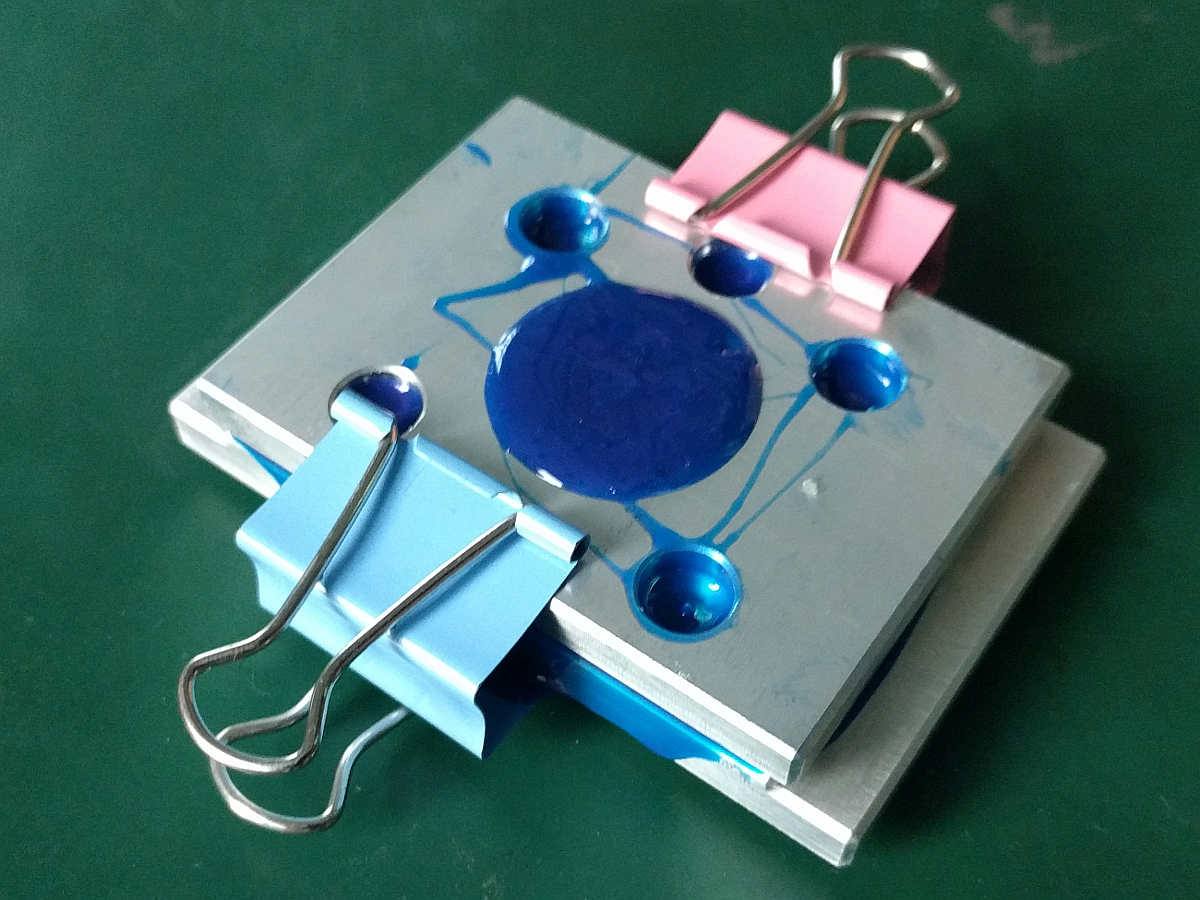 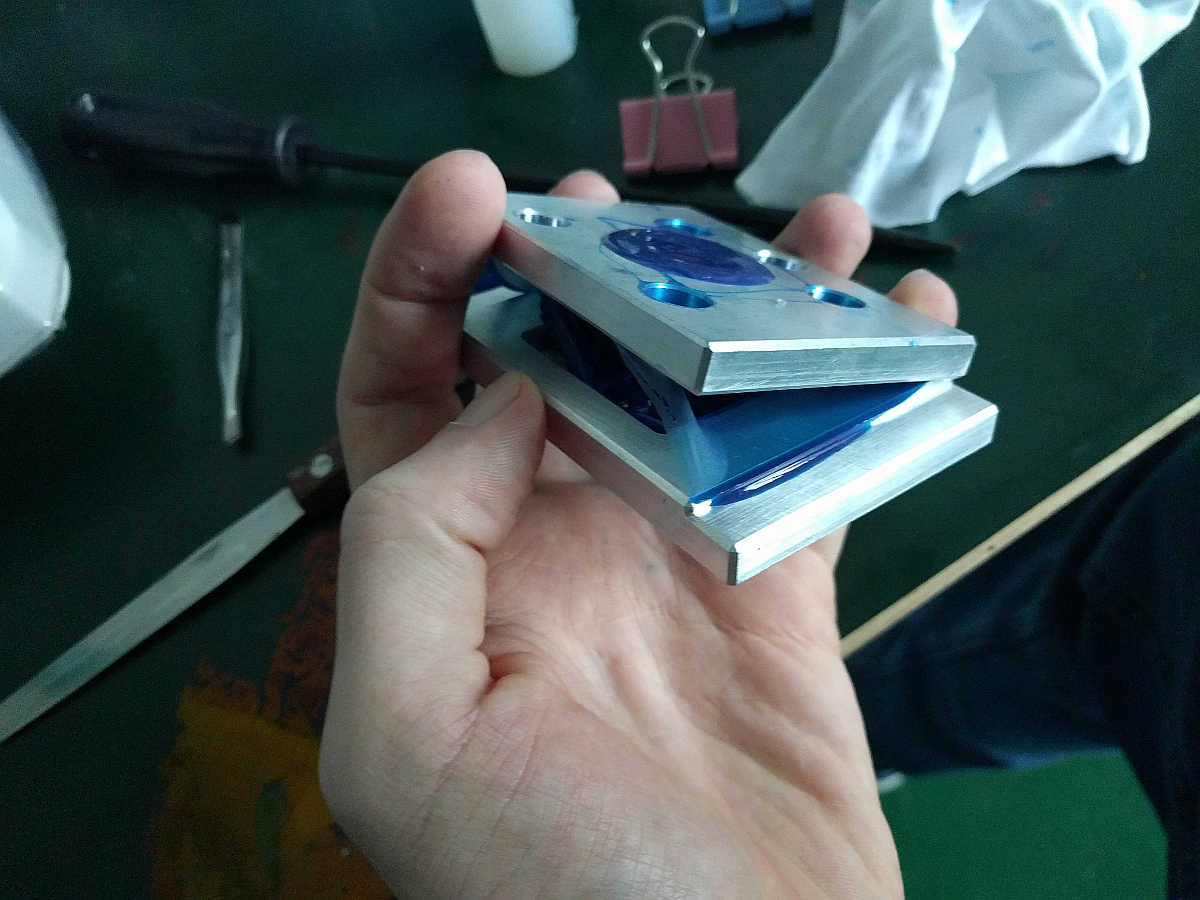 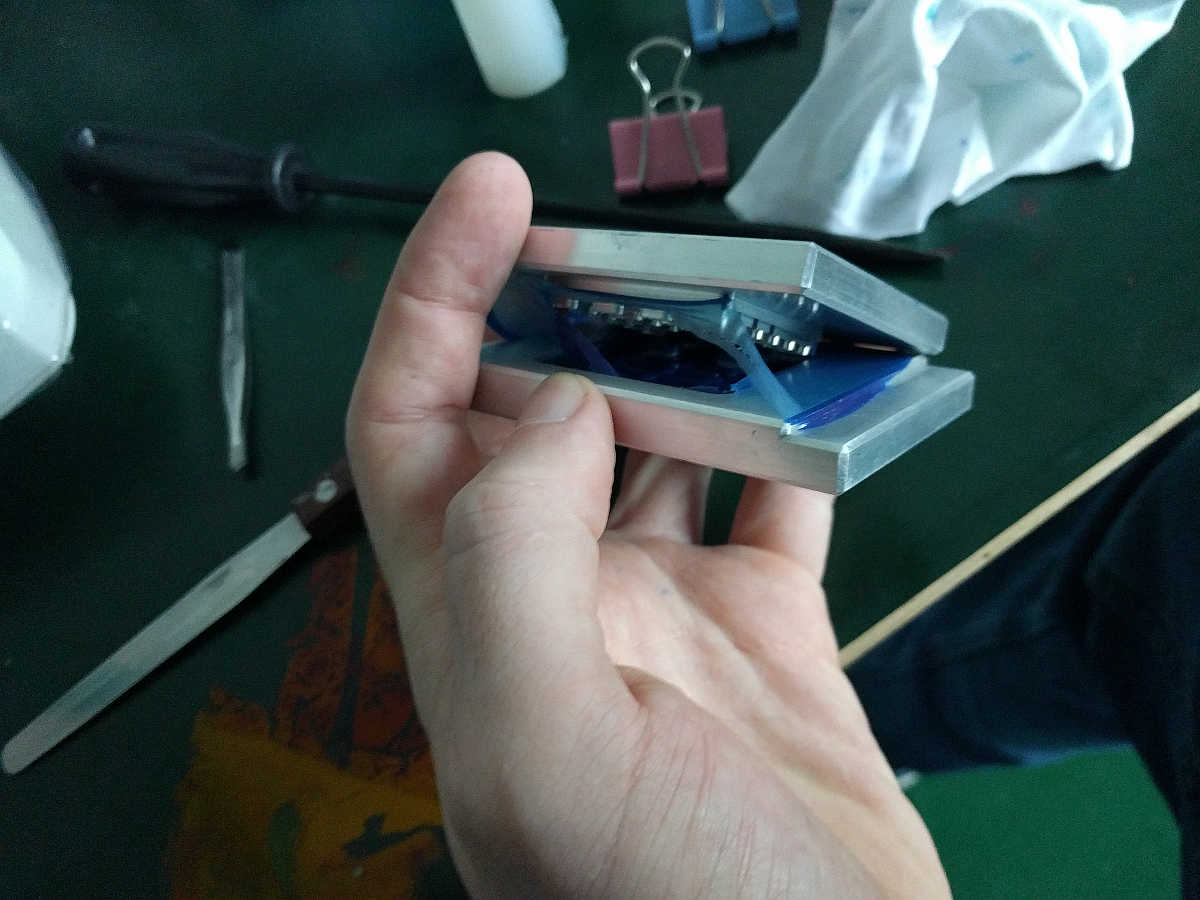 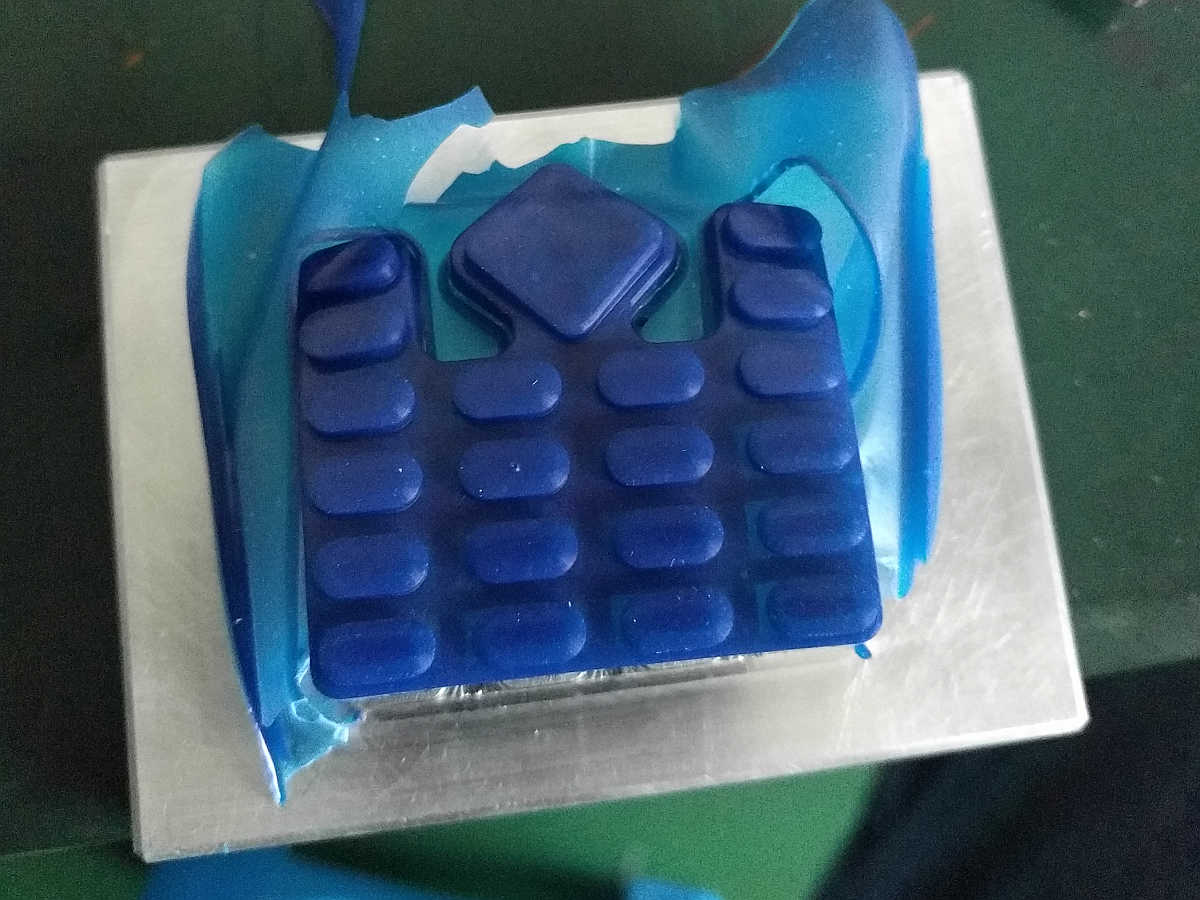 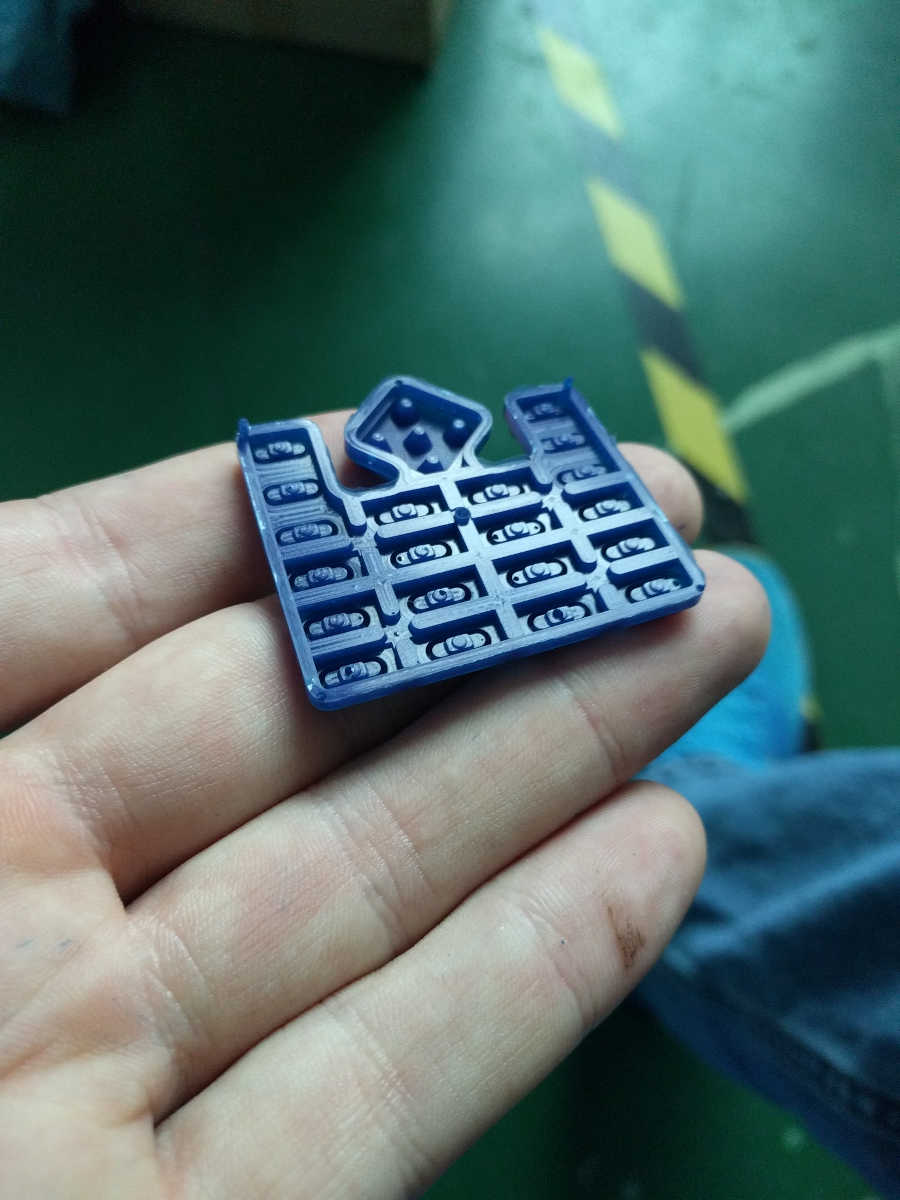 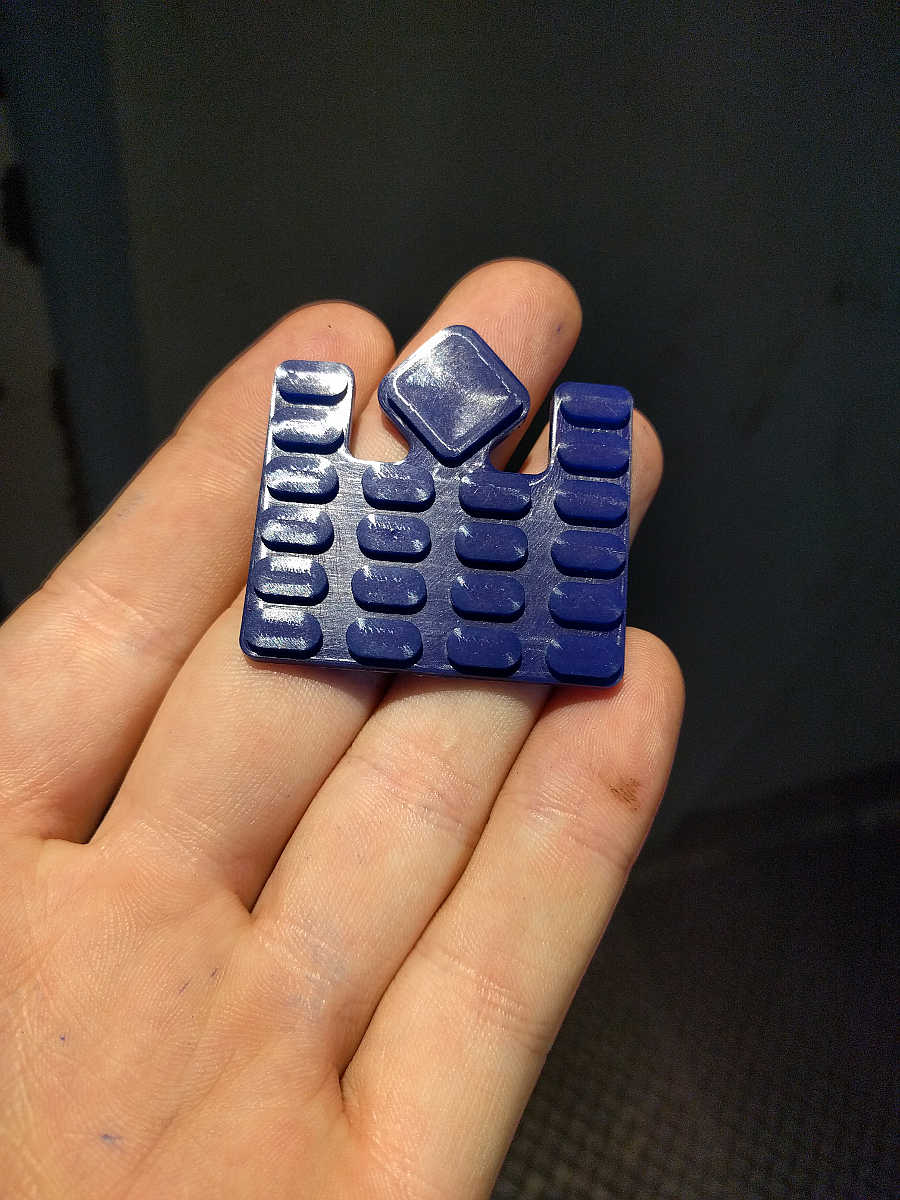 Some shots of the keypad in the prototype phone: 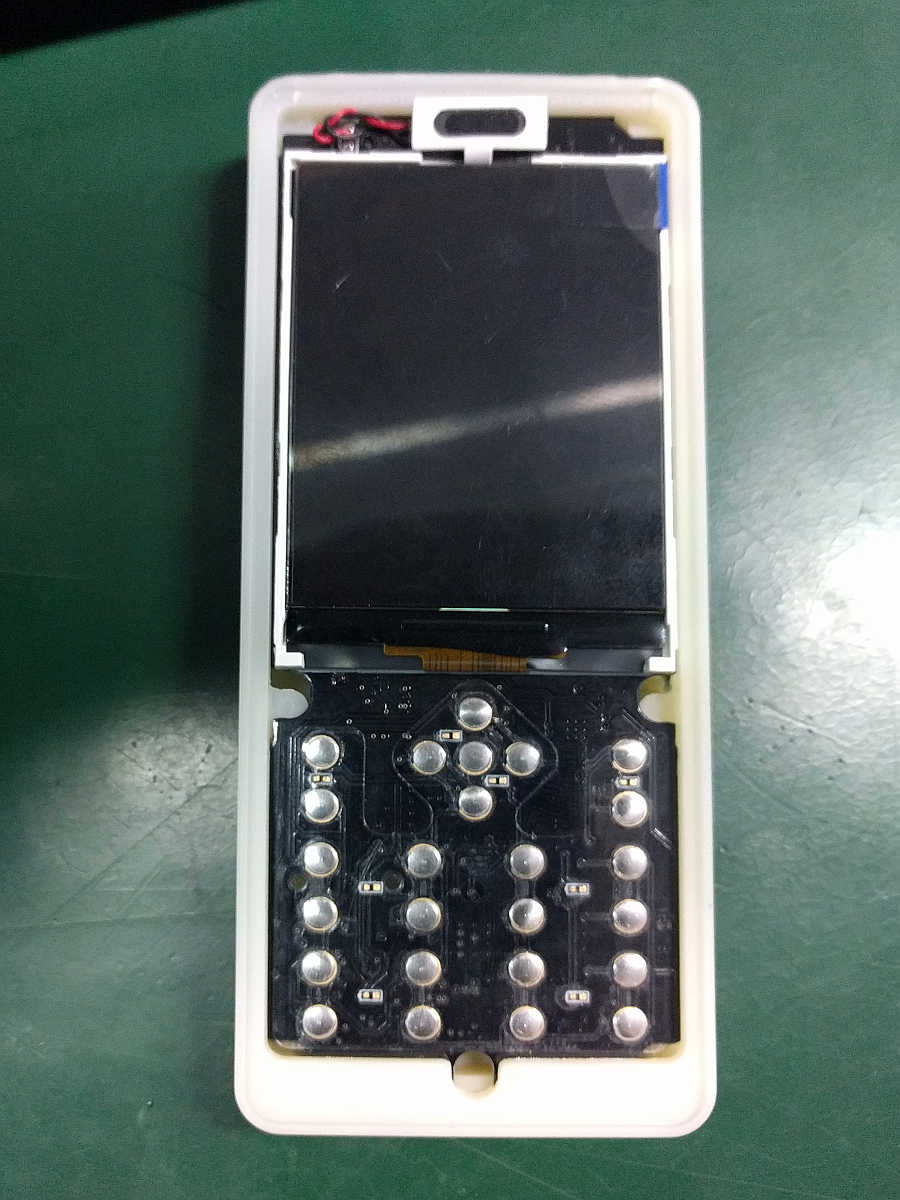 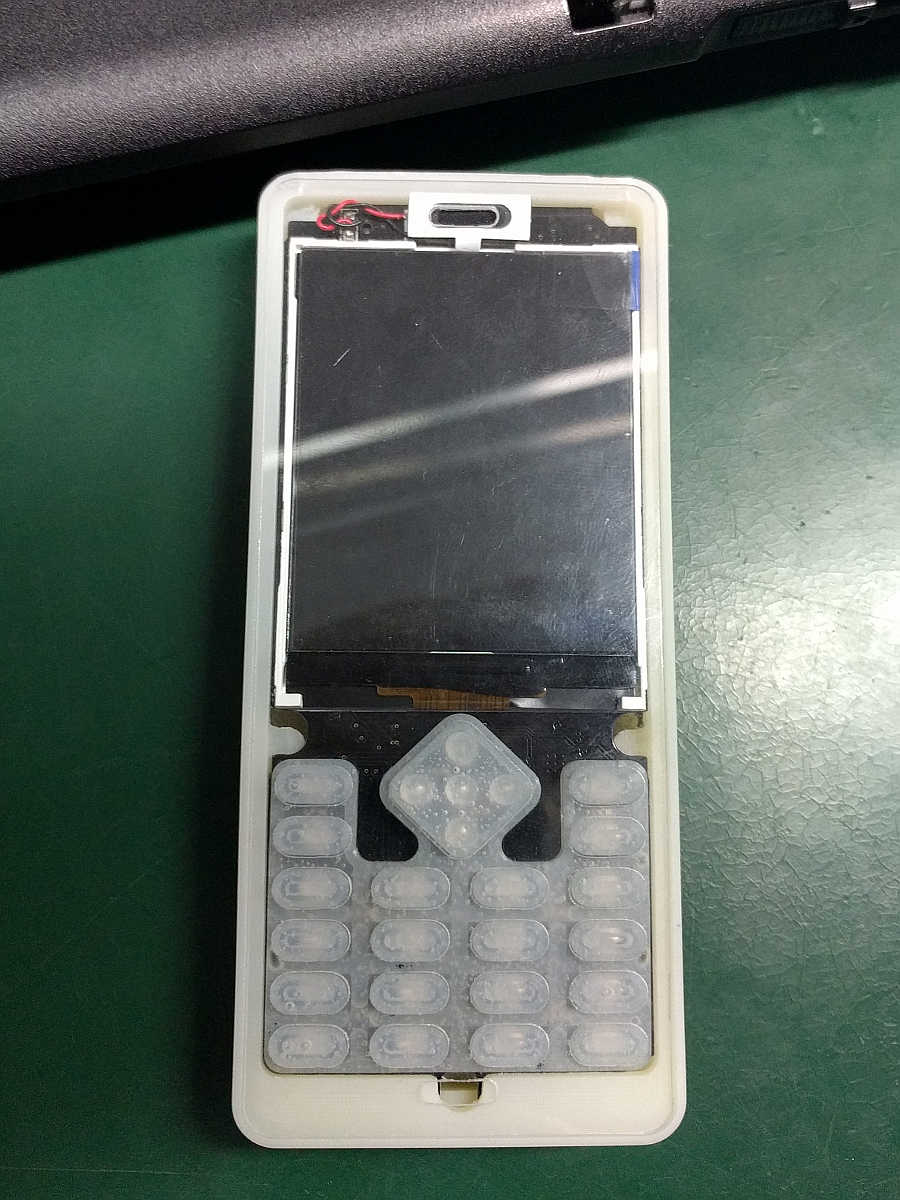 The buttons weren't pressing the dome contacts enough to easily make the electrical contact, so we added some foam underneath. With the foam it works better, but is still a little soft. Later we will try some harder silicone. We will also need to modify the shape of the mold to add more silicone near the dome contacts so that the production parts make better contact.: 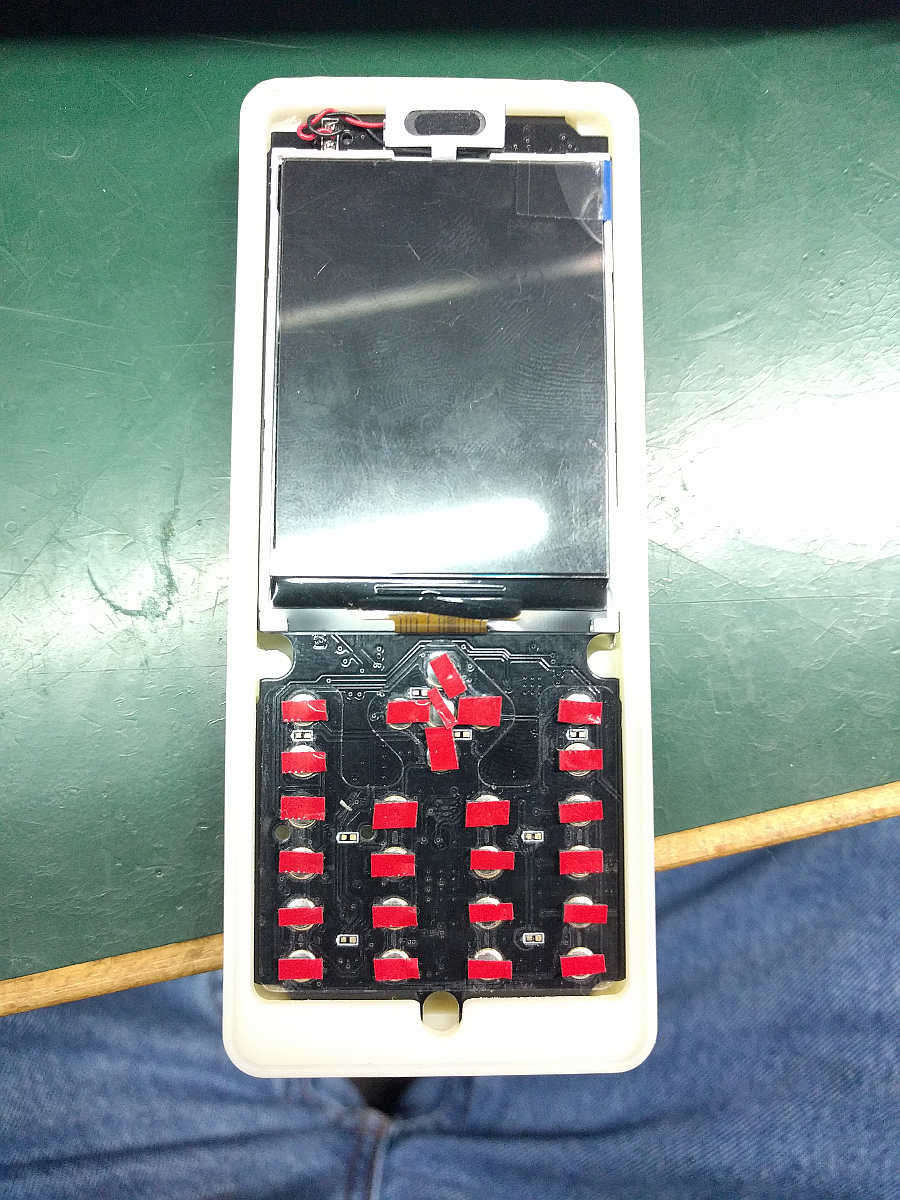 Result after using the blue dye: 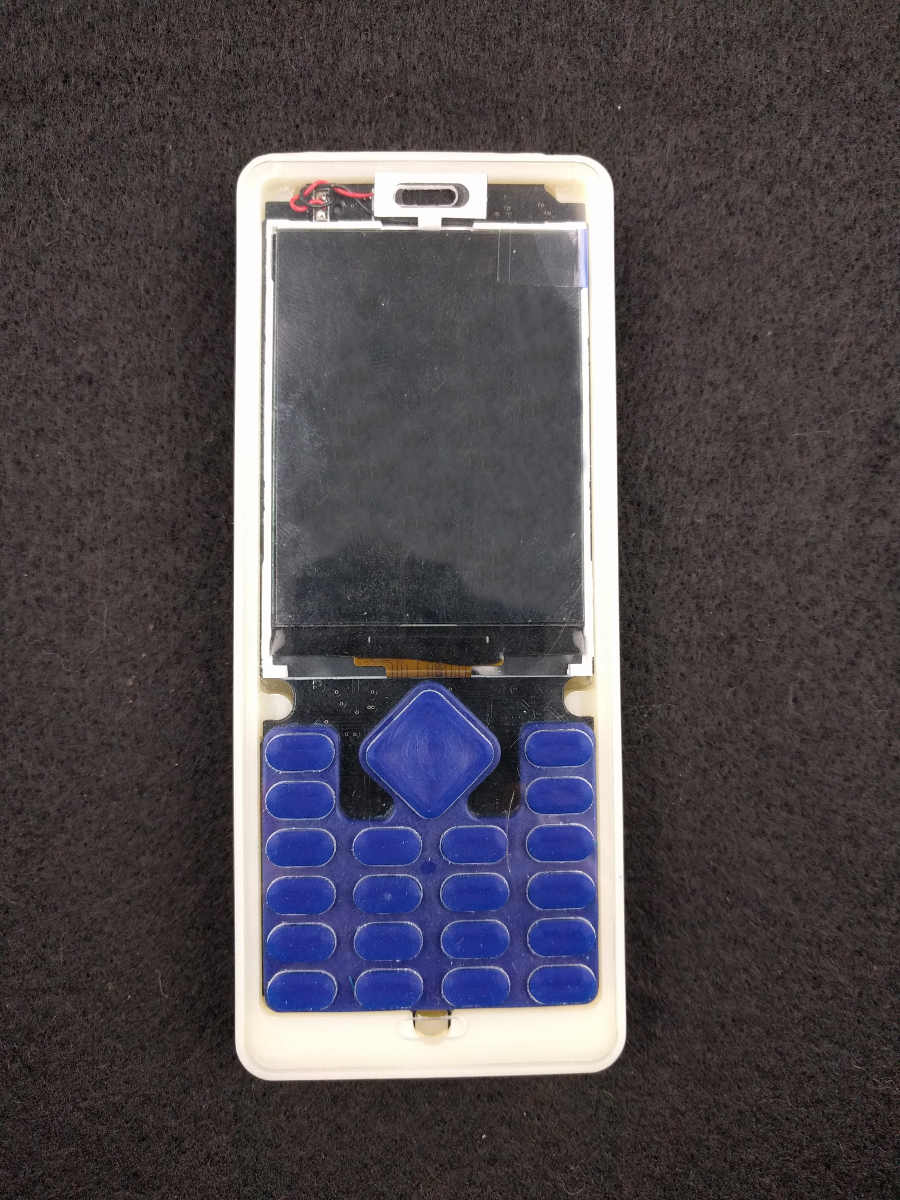