We have a bunch of cheap phones we've been tearing apart, and wanted to post a some pics. Particularly, we've been looking to see how they make the buttons and keypads.

This one is a fake Nokia. Of all the cheap phones we've torn apart, the layout of this one seems the most sensible. The keypad feels nice (relatively). The PCB has ample room for components. There aren't any odd internal bridge pieces or discontinuities in the PCB. The overall size is appropriate. If we are going to try to make a cheap, usable phone, this one seems worth learning from. 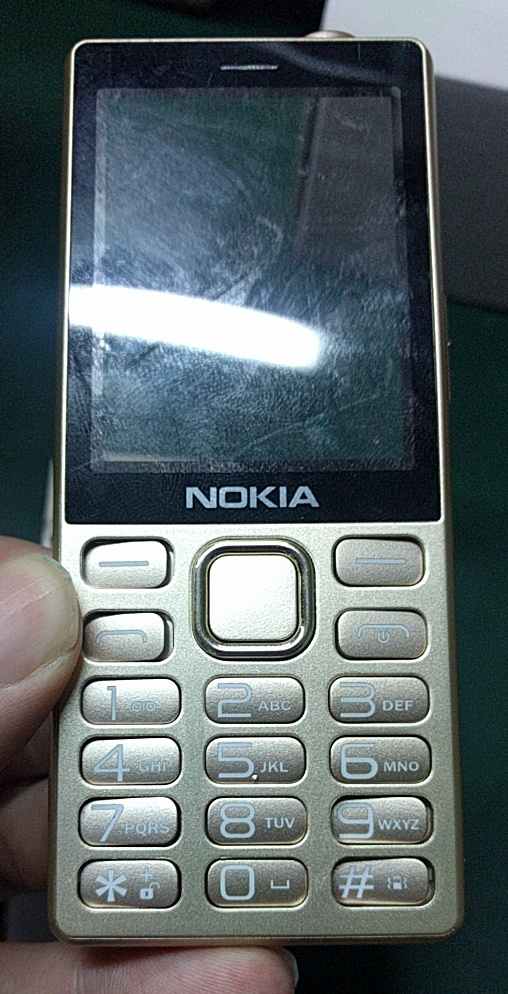 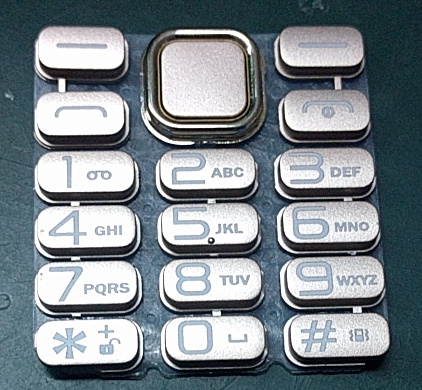 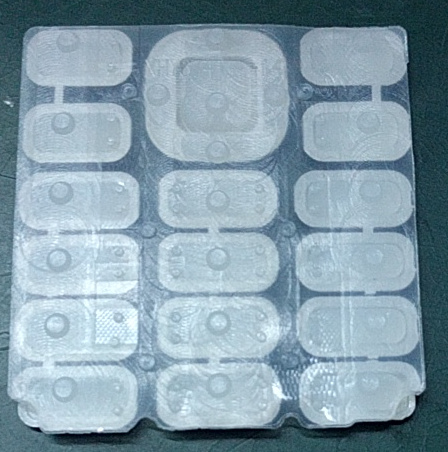 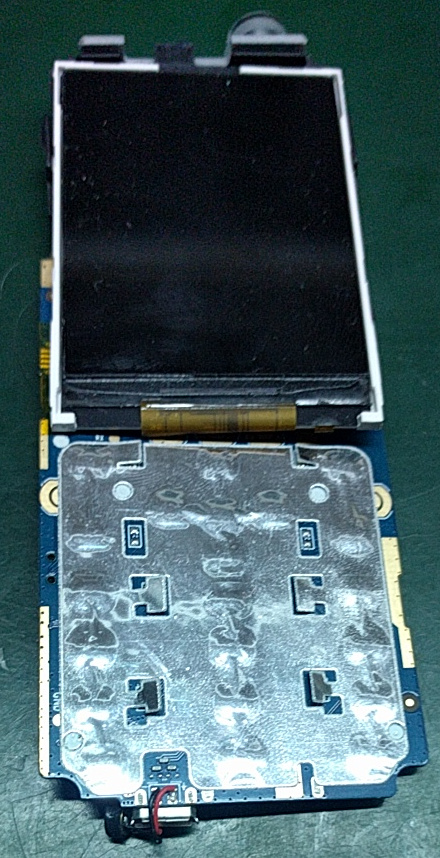 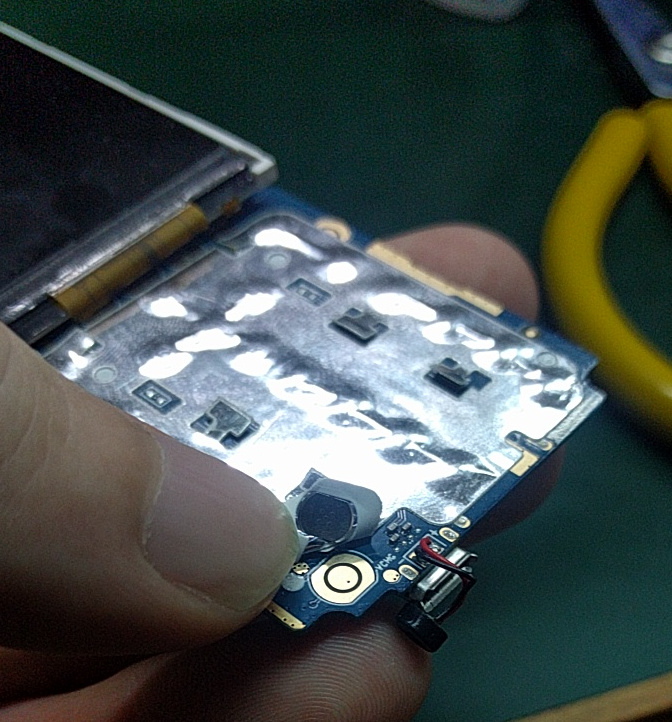 This is one of those tiny ultra-cheap phones that Westerners tend to call "Gongkai" phones after the article Bunnie Huang wrote. 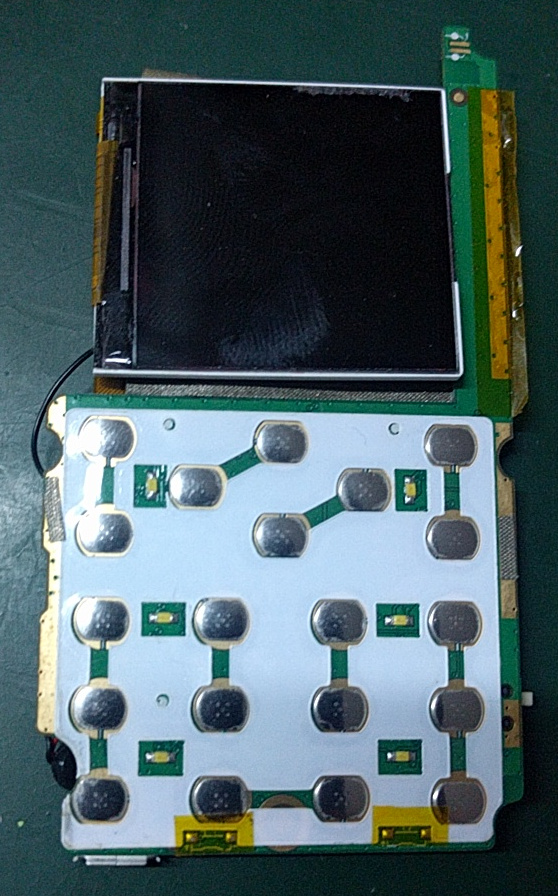 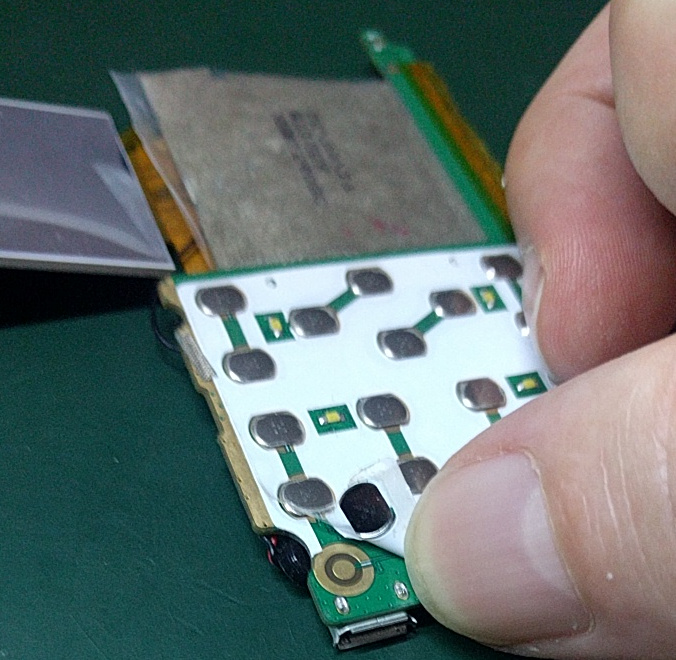 In both cases, the keypad is made using a PCB with exposed traces used as the contacts. Metal domes are used for the buttons themselves, and everything is kept in alignment with an adhesive-backed sheet.

Overview of Keypad Designs and Components 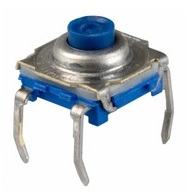 Tactile switches are typically small momentary-on switches. In keypad applications they are usually sealed, surface mount, and low profile. Some versions have a small frame and plastic button, while others are basically just a metal dome adhered to a set of contacts.

If you are designing a high volume product with a keypad, tactile switches actually aren't that common due to the extra cost relative to the next few options. But for lower volumes they are often used since they are durable, come in known actuation forces and heights, and easy to work with.

Most higher volume applications use a separate system where the circuit traces are directly bridged by a contact. Often the contact is more or less integrated into mechanical keypad. All of the phones we've torn apart use this style of switch.

Printed contacts are cheap and have a short design life. One example of printed contacts would be a silicone keypad that is silkscreened on one side with conductive ink. The ink is usually located on bumps on the underside of the keypad that align with the contacts on the circuit. If you've ever had a remote control with buttons that stopped working well, it probably used printed contacts. 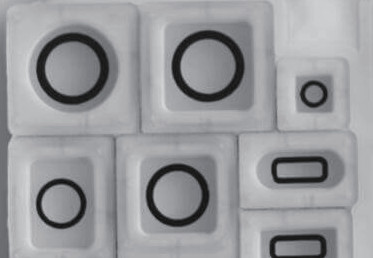 Carbon pills are typically made by insert molding them into a silicone compression mold. They have a long design life and are often found in things with a squishy keypad like home phones.

Dome contacts are a simple metal dome that gets positioned over the circuit to be bridged. They are often mounted on a sheet that holds them in position. Dome contacts are often used in cell phone keypads due to their compact size, long design life, and snap feel.

Substrates can be copper traces on a PCB as seen in the image above, or screen printed carbon on a plastic film.

Capacitive keypads have been showing up more often in designs, and operate in a fundamentally different way than a normal conduction based switch. Actuation life for these is theoretically infinite, but they need a relatively large spacing to avoid triggering neighbor buttons and they give no force feedback. Typical applications for these are things like building access panels. 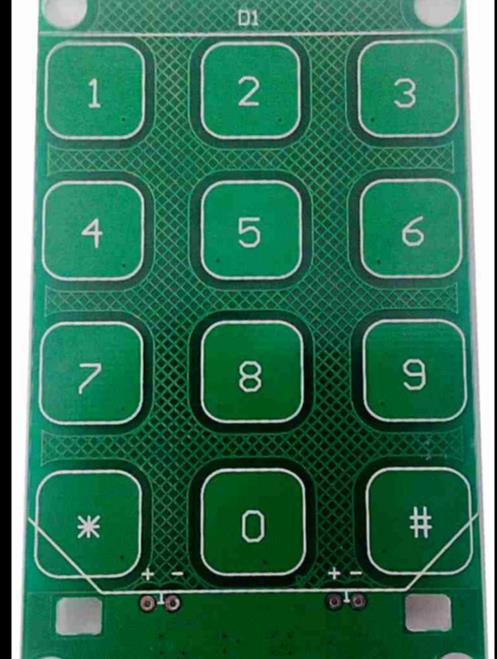